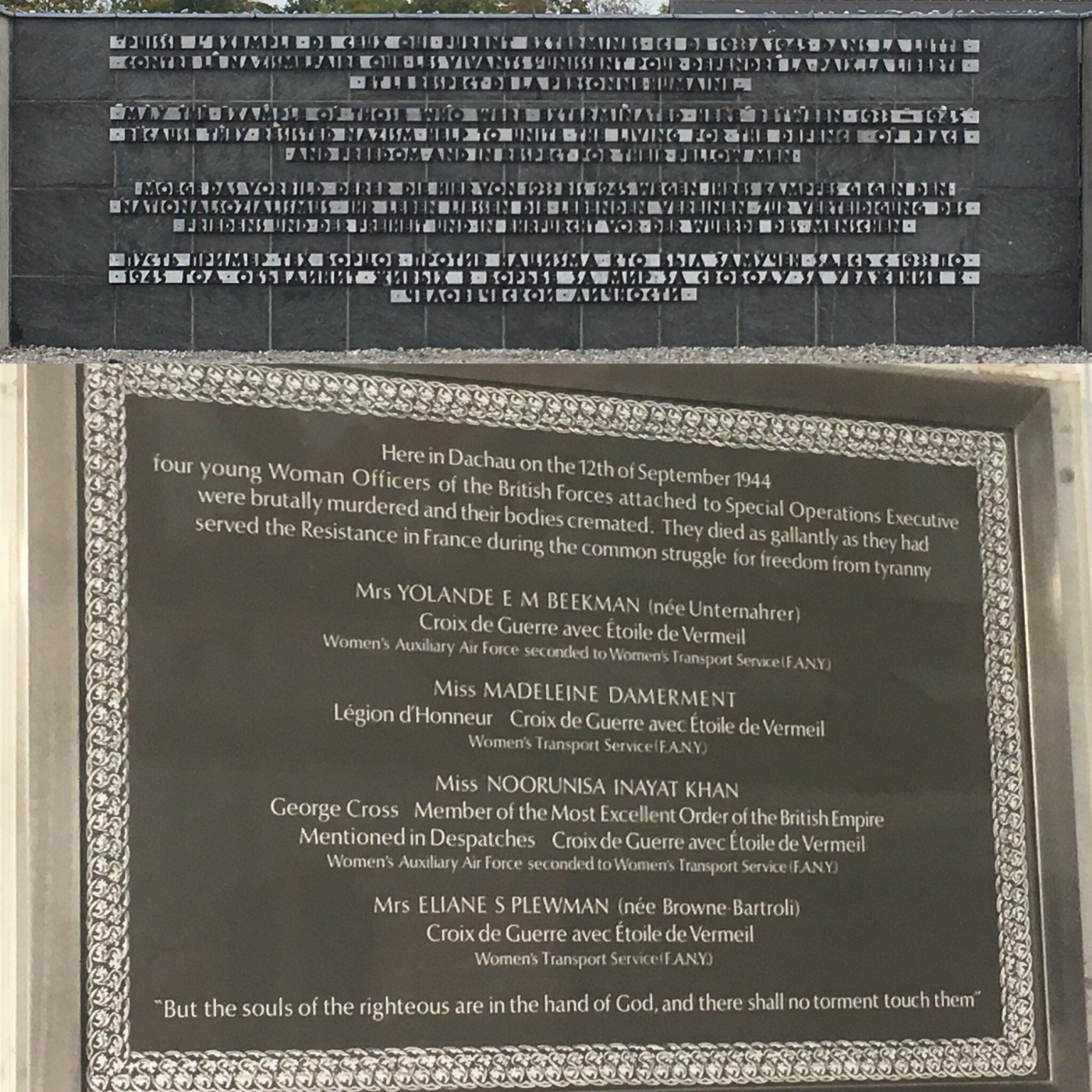 This piece understandably has a more somber tone than the usual holiday post and deserves a space of its own. Whilst in Germany we visited Dacau, known as the blue print for Hitlers Concentration camps. It was a sobering and eye opening experience not least of all, as it served as a reminder of how much has seemingly still not been learnt from the horrors that took place under Hitler’s Nazi regime.

The Dacau Memorial and Museum was created following dedicated efforts by survivors to ensure a memorial was established to educate future generations about what happened. In doing so they seek to ensure the world does not forget what happened and through this to prevent anything similar re-occurring. The memorial and museum are both situated within what was the camp. Its quiet solitude is both distanced from the horrors that must have been, yet also eerily telling. As you walk through and read information it is quite simply shocking. I shall not recount details here. I can only say I was sickened and uncomprehending at how there could ever be such a level of disregard for fellow life.

Approaching the visit as intended, to learn, not only of what happened but importantly to take lessons for the future many things stuck with me, although I would like to focus on a few I feel have direct relevance to issues challenging us still today. Firstly, take a look at the lower image on picture of the day. These are brave British citizens, women, whose actions supported putting an end to atrocities. Read their names. Likely these are not typical “British” names. Despite the fact many brave men and women of varied ancestries have been living as active citizens of many differing nations for many 1000’s of years now, too many people today still hold onto a distorted view that only certain people should be in certain places. This plaque of these brave people alone shows how wrong that view is.

The fact these were women stands out too. At a place in time where certain Western world leaders still think it’s okay to say they grab a woman’s genitals, where save for the odd country such as Iceland who made it illegal to pay differently according to gender, women’s equality is still a struggle. Yet here is a clear example of how women have always been equally as brave and equally capable of contributing to even the toughest of causes and should be recognized the same. Each gender as with each person brings something different and it’s how we bring our differences together to be the best we can that will lead us to succeed, either in personal relationships or on a larger scale as the human race.

When walking through the museum there were displays about the various people Hitler chose to identify as unsuitable to his aims, and thus who were thrown into these terrible camps. He would target races, religions, sexual orientation and disabilities. Why are unfair, biased or oppressive conversations around differing peoples skin color or views or beliefs still taking place today? Have we truly learnt, or is the prejudice a bit more quiet? Do people believe that just because any negative actions against others are usually less dramatic or perceived less dramatic these days that the situation is now totally changed?

I personally only care whether someone is a good person. All else is irrelevant. Am I perfect? No. From time to time i’ve been a bit of a snob and from from time to time I’ve been guilty of only thinking of my own view. It’s hard to write this down, however, if I really challenge myself, I know in my heart, whilst on a smaller scale, I have looked down on things or people that don’t suit my view at a point in time; It may be simply making comment on living in a certain part of a city for example or thinking my idea is of course better than someone else’s and not giving time to understand their perspective. Whilst these may seem trivial it’s still being negative toward people, even without intent, and from the small problems can grow the larger ones – again either amongst a small group of friends or work colleagues or in society at large. From focusing on the small stuff, all seeking to do better and having the good grace to know when we’re in the wrong and make amends even for the smallest stuff change does happen around us. And if change happens around all of us that’s a big change.

It was noted that the reason Hitlers regime managed to get in is that he played on people’s ‘fear of the modern age’. I’d argue a similar state of affairs exists at this time. Change is fearful for many people but if we embrace change together rather than fight each other to get back to something that never really was, then we’ll create a far better place.

To all the cynics, yes I doubt greatly that we’re all going to group hug and everything will be well, and we will have and should have disagreement, without it we don’t look at things from different angles and thereby improve. Nonetheless, disagreement can take place with respect to differences and that’s what we need to strive for, and each of us within our day to day life can help make big change through the manner in which we choose to hold every single one of our daily interaction with others. Each of us through our behaviors can inspire those around us and mass change can come from small actions.

I challenge everyone to TRULY self reflect and then challenge themselves to do better to make a better world around them and in turn us. Within the US and UK in the last few years we’ve seen very clearly that there are still some dark areas that need to be lifted back Conventions are changing and it is our choice to embrace these and disregard whatever we may have been told in the past.